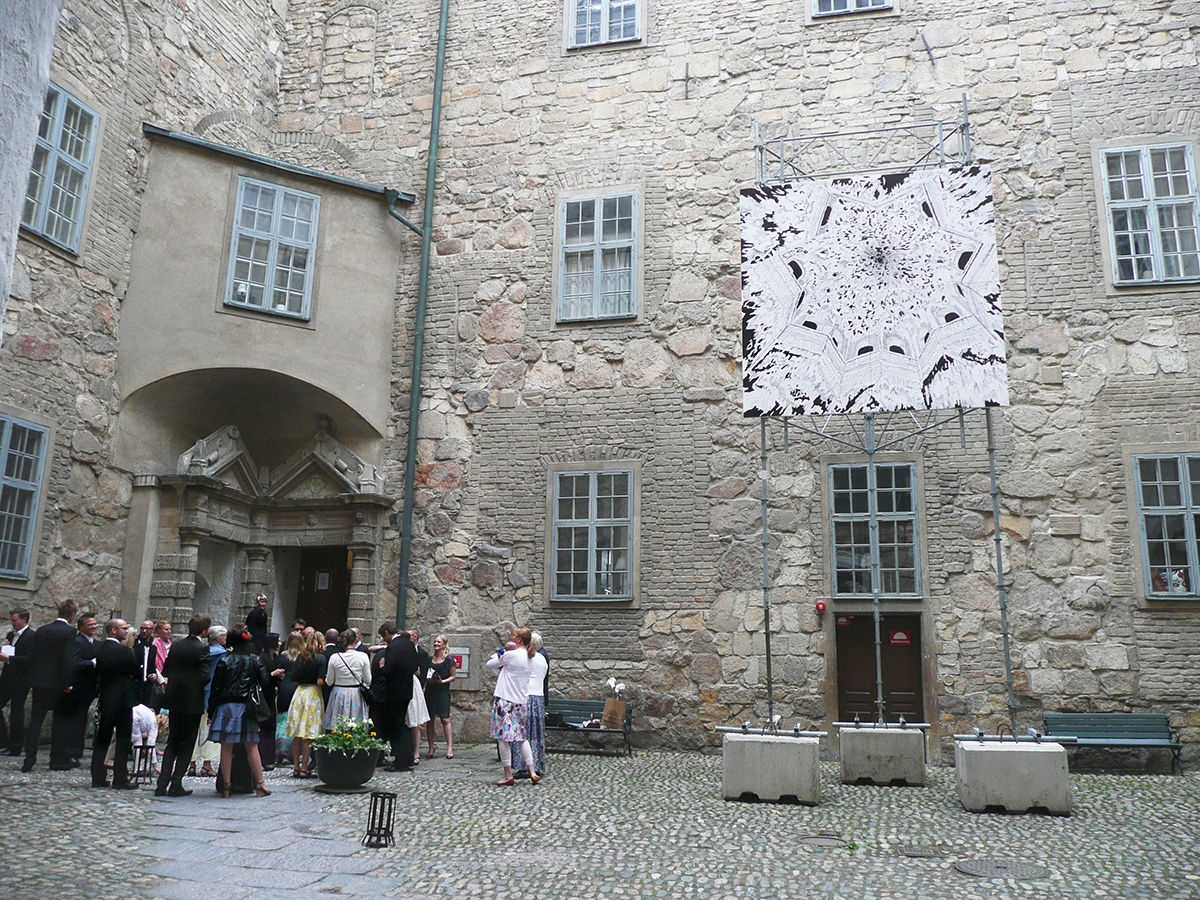 “Sorrows from the superstructure” was constructed as an outdoor work earlier this year for shows at Växjö konsthall & Kristinehamns konstmuseum, but makes its debut as a public work in Örebro. It towers above the viewers in the court yard of the castle, as with the piece Nest it is an integrated yet alien part of the castles architecture. Originally Sorrows is a drawing on paper, later transferred to a standard billboard as used for commercials in public space. The drawing is of a star-shaped church roof collapsing inwards but at the same time giving an impression of sucking the vision inwards like a black hole. It has been placed as a centre piece when entering the court yard, in a spot where a window is missing, giving the impression of a glimpse into a new part of the castles body.