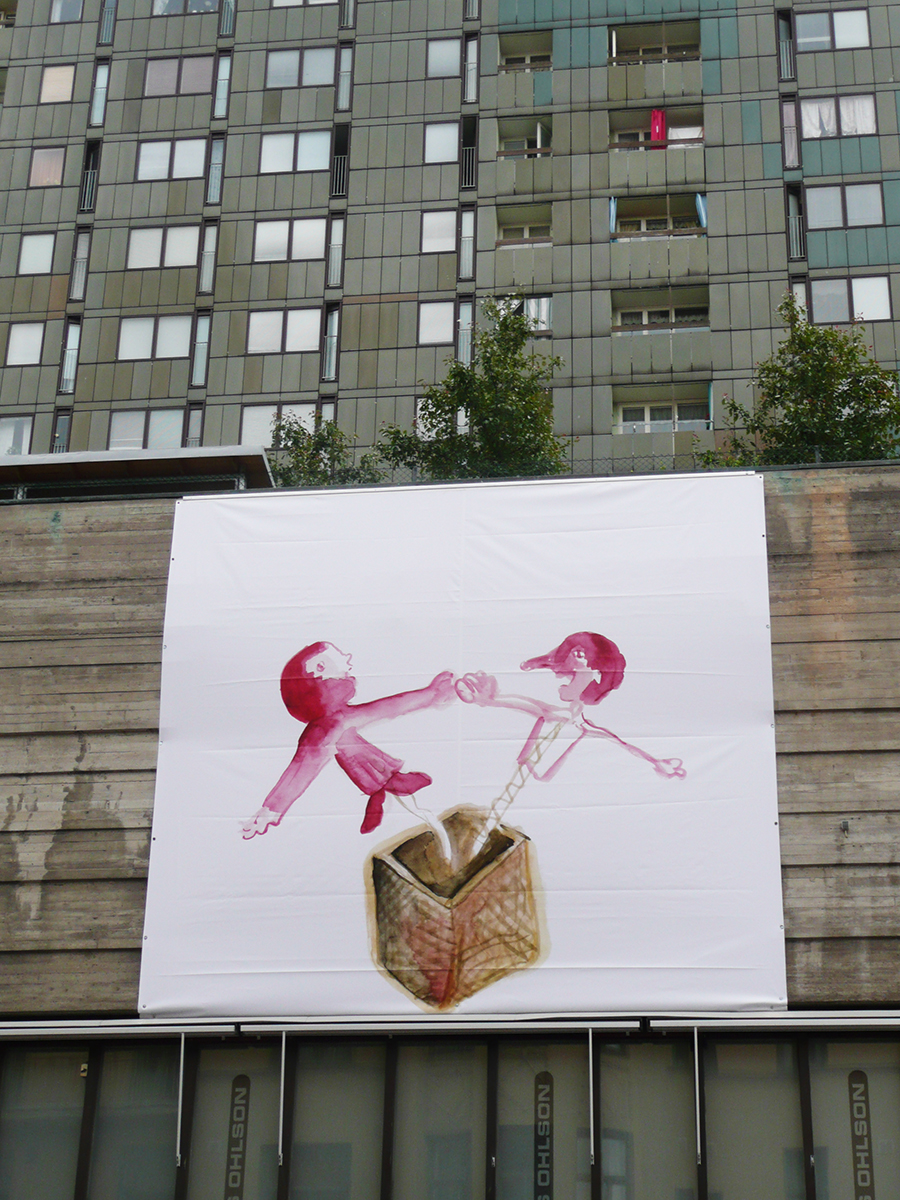 When confronted with the work of Zandra Harms you inevitably build a personal relationship towards it. They are familiar, not least because it’s the human figure or human-like figure in the heart of things. The first formally suggested uniqueness also contrary awakes a feeling that the relationships between the characters, things, figures and their environment is being disrupted, ambiguously and strange, -it even comes a little scary to mind.

The uncanny, possibly comes through Freud and the realm of the familiar, the homely feeling as a subliminal almost threatening situation.

strange situation as an unalterable normality.