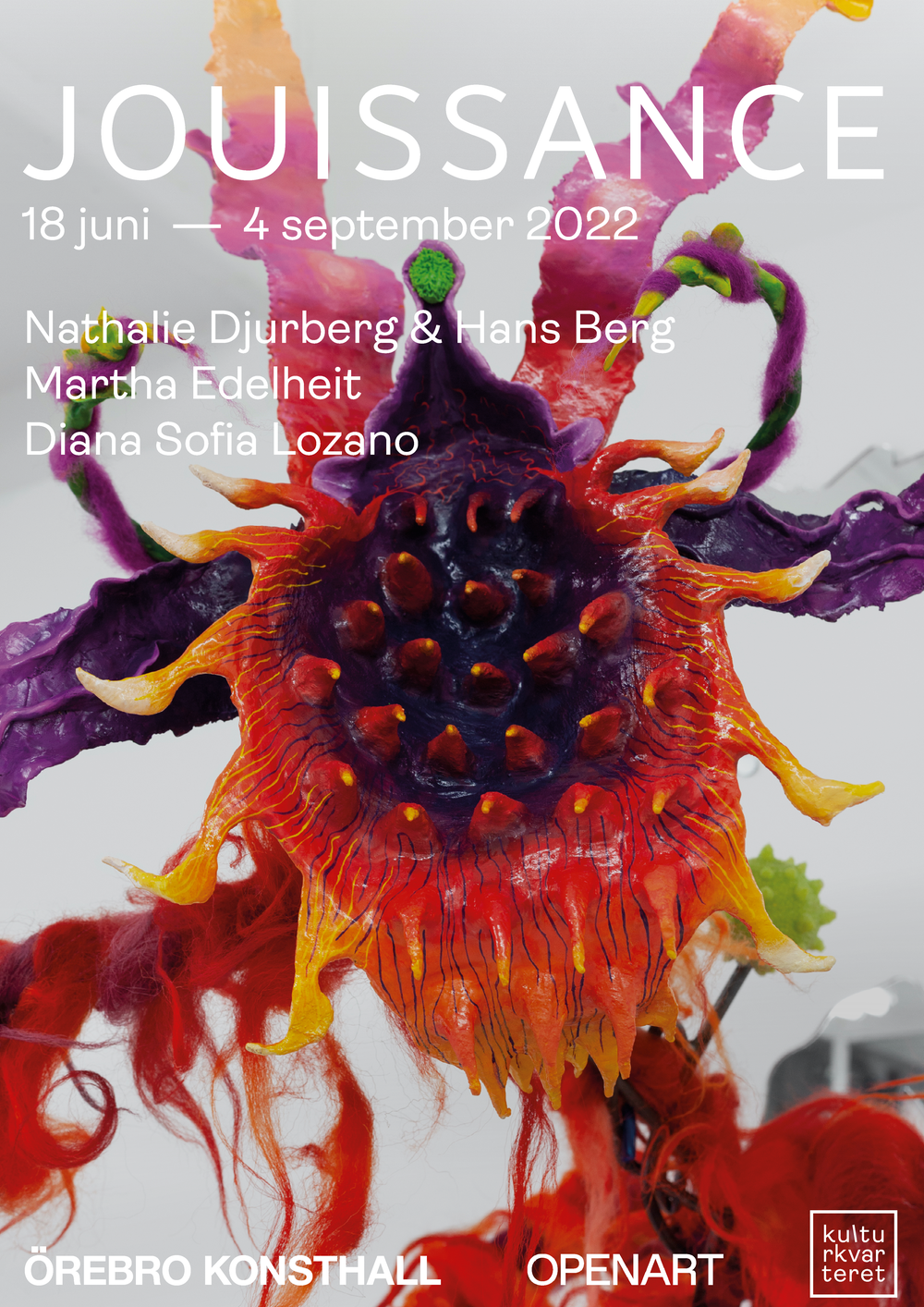 Through installations with clay animation, music and sculpture, Nathalie Djurberg (b. 78, Sweden) and Hans Berg (b. 78, Sweden) depict an uncensored subconscious world. The video work Worship (2016) plays a role-play between body and object where the boundary between desire and the desirable seems dissolved. Their imagery plays with popular cultural banalities and reflects a fetish-oriented contemporary with an expression that touches on the absurd.

Diana Sofia Lozano (b. 92, Colombia) creates hybrid plant sculptures, at the same time invitingly sensual as well as toxic and sharp, which spread out in their own performative universe. Lozano's art is characterized by a fascination for the potent power and beauty of plants, as well as for nature as a geo- and identity-politically charged playground. The works both mimic and recreate the complex systems of reproduction, highlight genetically modified failures and criticize the gender-determining categorization system of science.